Remember the chocolate pudding of your childhood? Maybe it came directly from the refrigerated section of the grocery store in convenient, double packs. Or perhaps it was the kind from the box that you mixed with milk and then waited (im)patiently for to set. Either way, it was pretty, damn dreamy amirite?

Fast forward to being an adult and going out to eat and seeing chocolate pudding on any restaurant menu. Initial reaction? Yes, give me all the pudding! But then reality sinks in. This is not the pudding of my youth. This is something crafted to sell to well-heeled diners with refined palates and expense accounts. It’s probably made from a highly-prized, single-origin, bean to bar, 70% cacao, dark chocolate harvested from some remote region that you’ve never heard of. And it’s so intensely flavored that most of us can only manage three bites at best. It’s also likely to cost roughly twelve dollars. Now I don’t mean to say that any of those things are really all that bad. I can get down on some deeply moody, beautifully nuanced, dark chocolate myself. But I think pudding is more about fun and less about decadence. So if you’re like me and you have fond memories of licking the foil lids of those pudding cups clean, then this recipe is for you. And if you’re not…well hopefully you have twelve dollars. 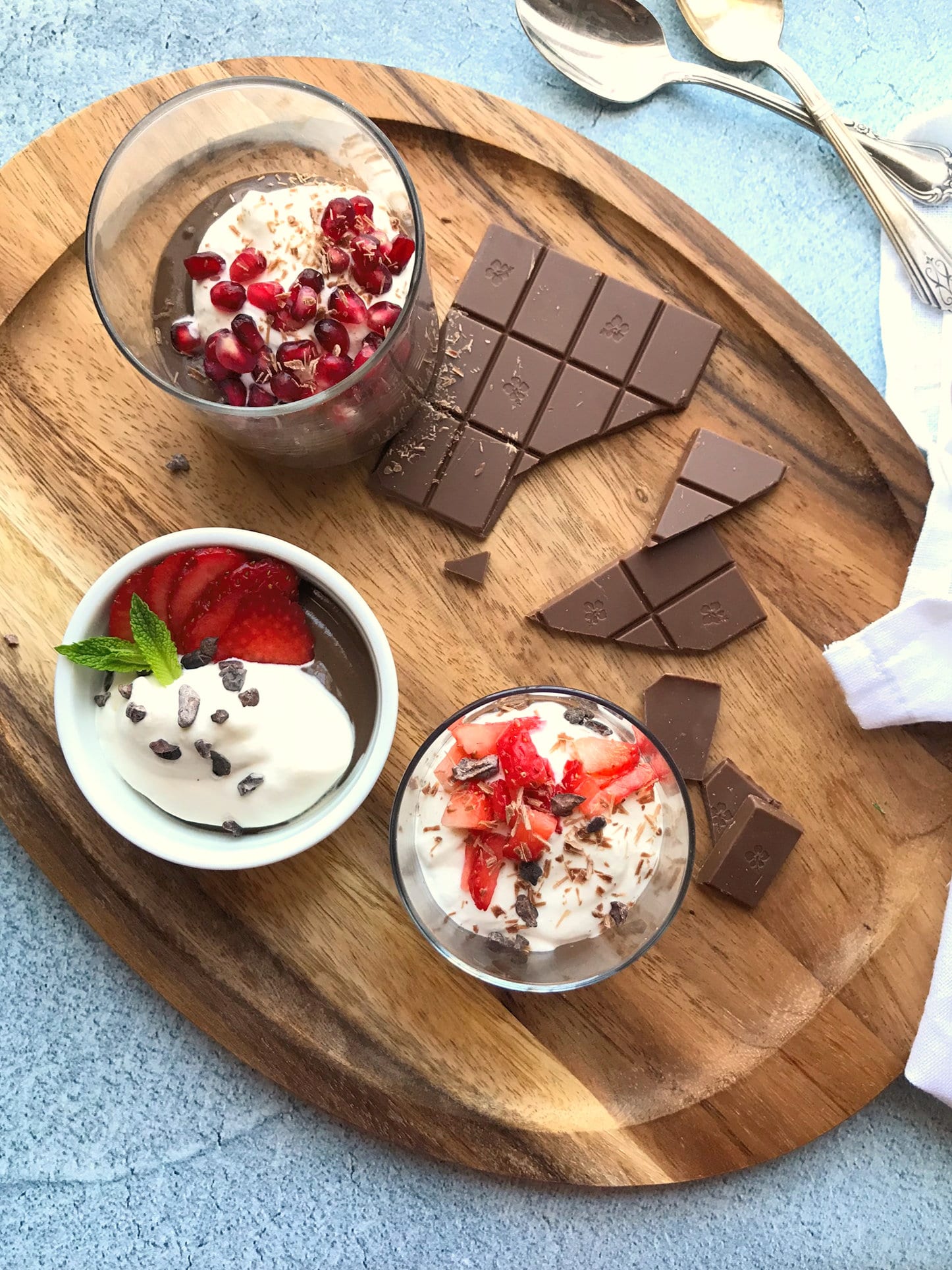 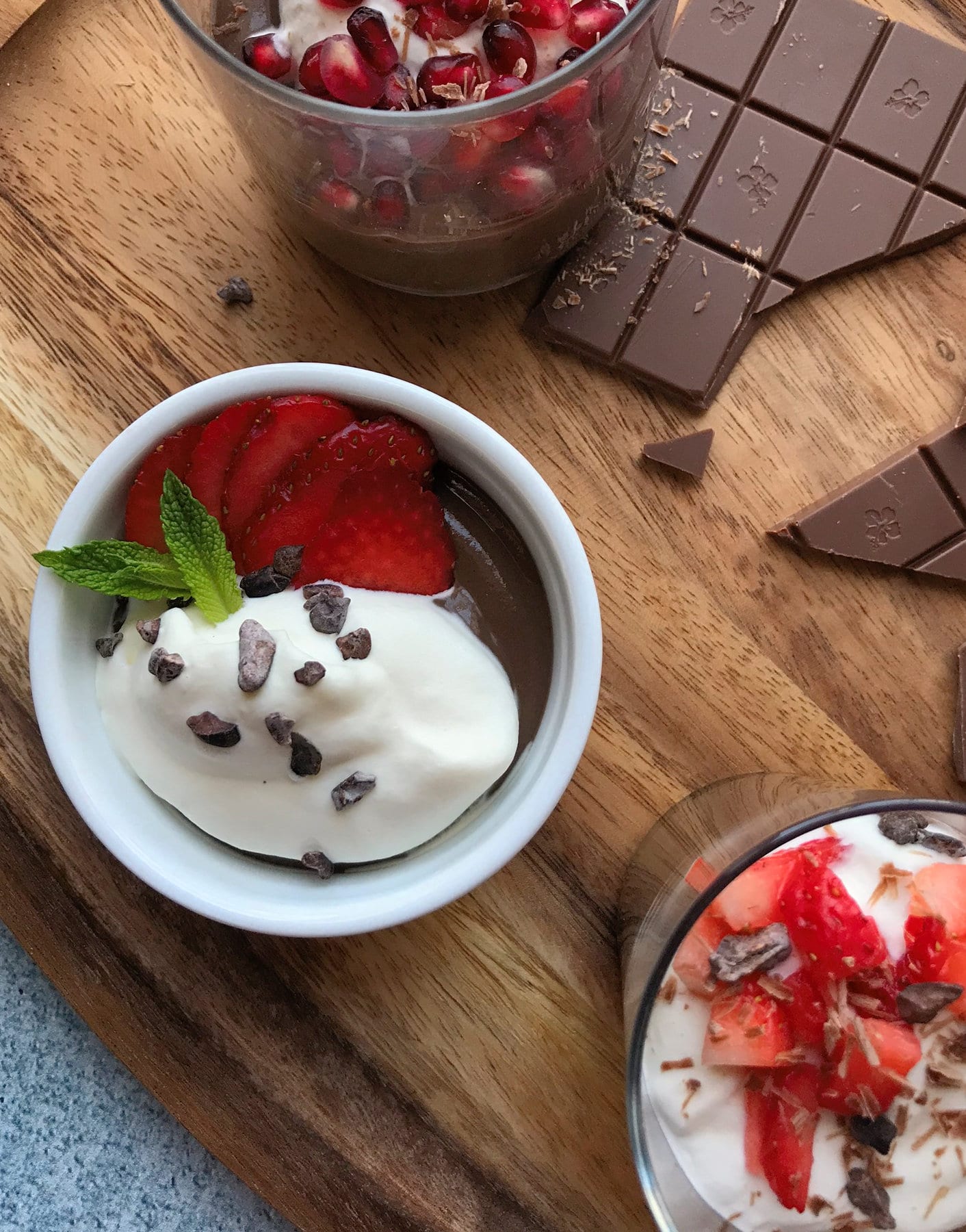 To be fair, this is mostly milk-chocolate pudding. There is also a little dark or semi-sweet chocolate in the mix to balance out the overall sweetness. Think of it as the chocolate pudding of your childhood dreams, but just a bit more mature and made with ingredients you can pronounce.

Whisk together the milk, salt, and sugars in a saucepan. Place over medium heat and stir occasionally until hot, but not boiling.

Sift cocoa powder and cornstarch into a medium bowl. Add cream and whisk until thoroughly combined.

Add the cornstarch mixture to the hot milk and sugar and bring to a boil. The mixture will start to thicken. Continue to boil while whisking constantly for three minutes. Then turn off heat.

In the same bowl where you mixed the cornstarch and cocoa whisk together the egg and egg yolks.

Whisking constantly, slowly add about a cup of the hot milk mixture to the eggs. This brings the eggs closer in temperature to the milk and cornstarch – also known as tempering.

Then add the egg mixture back into the saucepan and place over medium heat.

Continue whisking and bring back to a boil. Boil while whisking for two more minutes.

Remove from heat and stir in both kinds of chocolate and the vanilla extract. Stir until the chocolate is fully incorporated.

Strain into a large bowl or measuring cup. I like the measuring cup because it makes for easier pouring later. Also yes, you gotta strain it – non-negotiable.

Then you can portion it into individual bowls or ramekins (fancy) or just leave it in the big bowl and scoop delicious pudding out of there (less fancy, or…rustic?). Either way, you’ll want to cover with plastic wrap, making sure the plastic actually makes contact with the surface of the pudding. This feels wrong (kind of like that game where you’re blindfolded and you plunge your hands into a bucket of cooked spaghetti), but it’s what keeps that weird skin from forming.

Chill for at least four hours. Then serve with whipped cream, fruit, shaved chocolate, crushed candy, chopped nuts, or just straight up. Also this would make an excellent parfait…remember those!? 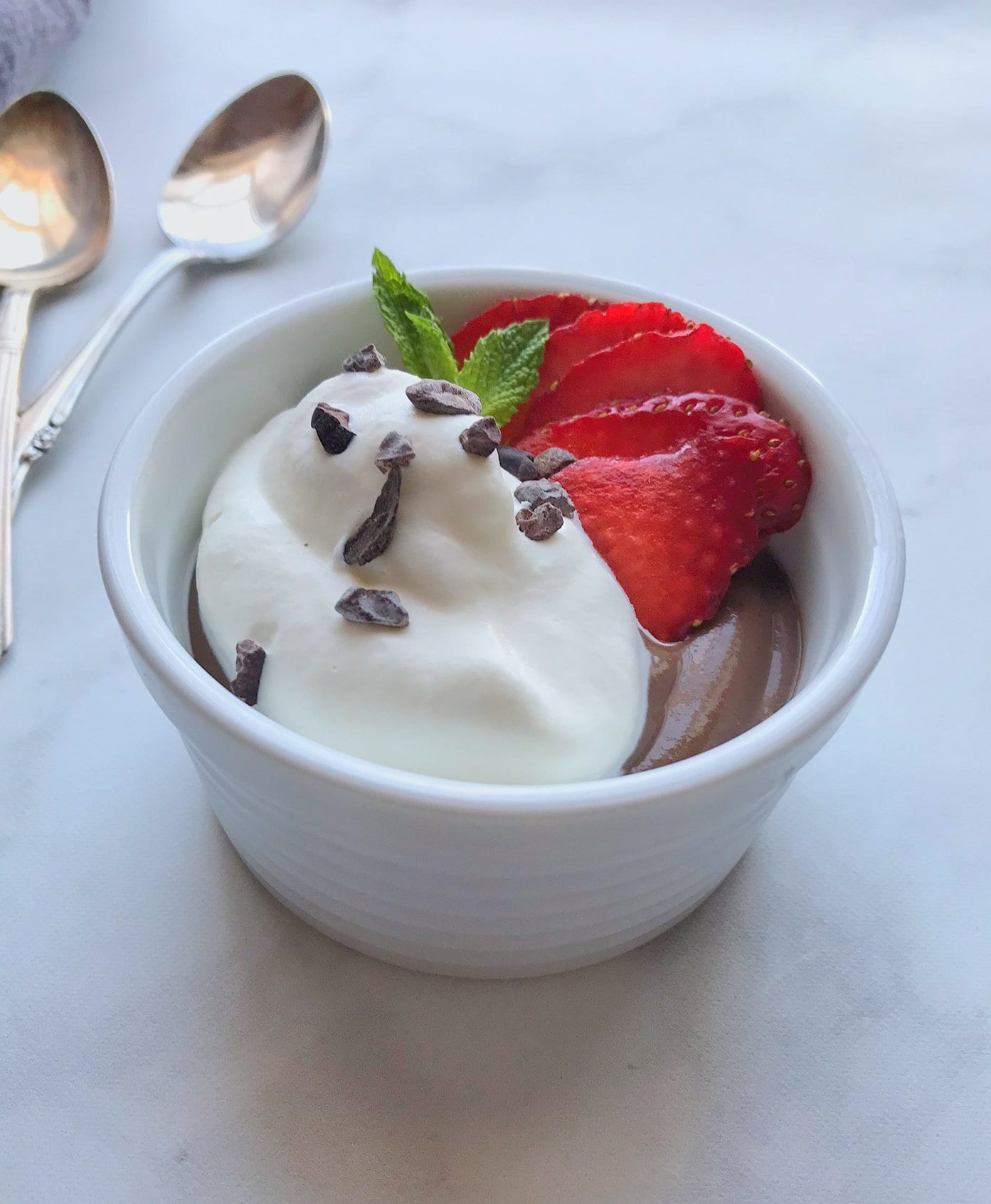