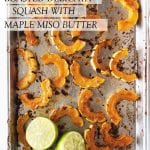 When I was kid there was no way in hell you could get me to eat squash. I had a thing with texture and anything that was slimy (squash guts pre-cook) or mushy (squash itself post-cook) could go you know where and do you know what (kids are super harsh). I also wouldn’t eat apples, beans, or strawberry jello – sorry Mom. As I got a little older and less horrible I tolerated acorn squash – heavily salted and heavily buttered. But that’s as far as I’d venture.

Today I’m an avid eater of pretty much all the things. So how did the squash bridge get mended? Honestly I don’t know. If I had to credit anything other than maturity it would probably be fear of looking dumb, intolerant, or less than knowledgeable. Basically I lied my way into liking squash. 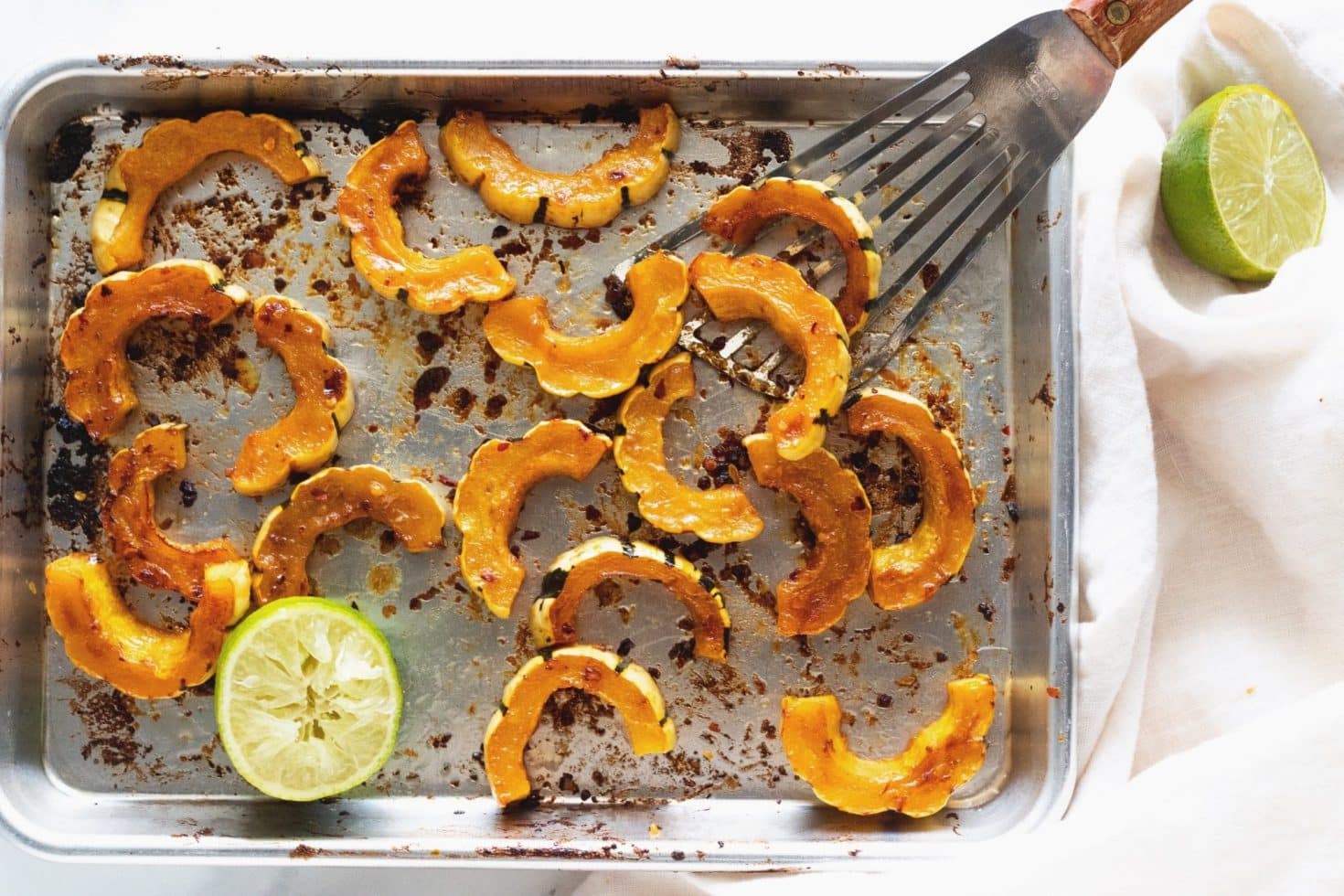 It probably started with pumpkin pie (which we never ate growing up, because we’re apple pie people and because, as previously stated I didn’t care for squash). Despite my personal distaste, it seemed as though people really liked it, and being a slave to the popularity machine I played along. “Oh yeah! Pumpkin pie is totally my fave too!” –  LIAR. At least for a while. At some point I must have faked my way into actually having a taste for the stuff. I think this was possible mostly because I never actually disliked the way any particular squash tasted. It was always more of a texture thing that turned me off.

Then the stuff started showing up everywhere – pies, soup, risotto, even biscuits (shameless I know, but they’re good!). And before I knew it I wasn’t lying at all anymore (about squash that is). I really liked it! So there you have it – my confession. I guess in hindsight I wouldn’t change a thing. I’m glad I learned to enjoy something I didn’t initially have a taste for, even if I had to be a little dishonest to get there.

So the moral of story is to lie??? No, that seems wrong. How about we spin it this way. Be open to change – it can happen. Yes that sounds much better. Go with that.

And now to the squash!

This version is a really great way to get a non-squasher (just made that up) to at least try the stuff. Also it’s incredibly easy to make, so even though it’s totally recognizable as a vegetarian, holiday side dish, it would also be equally comfortable at any old weeknight dinner. Either way this stuff is delicious so regardless of when it hits the table it’ll totally go over like gangbusters, whatever that means. 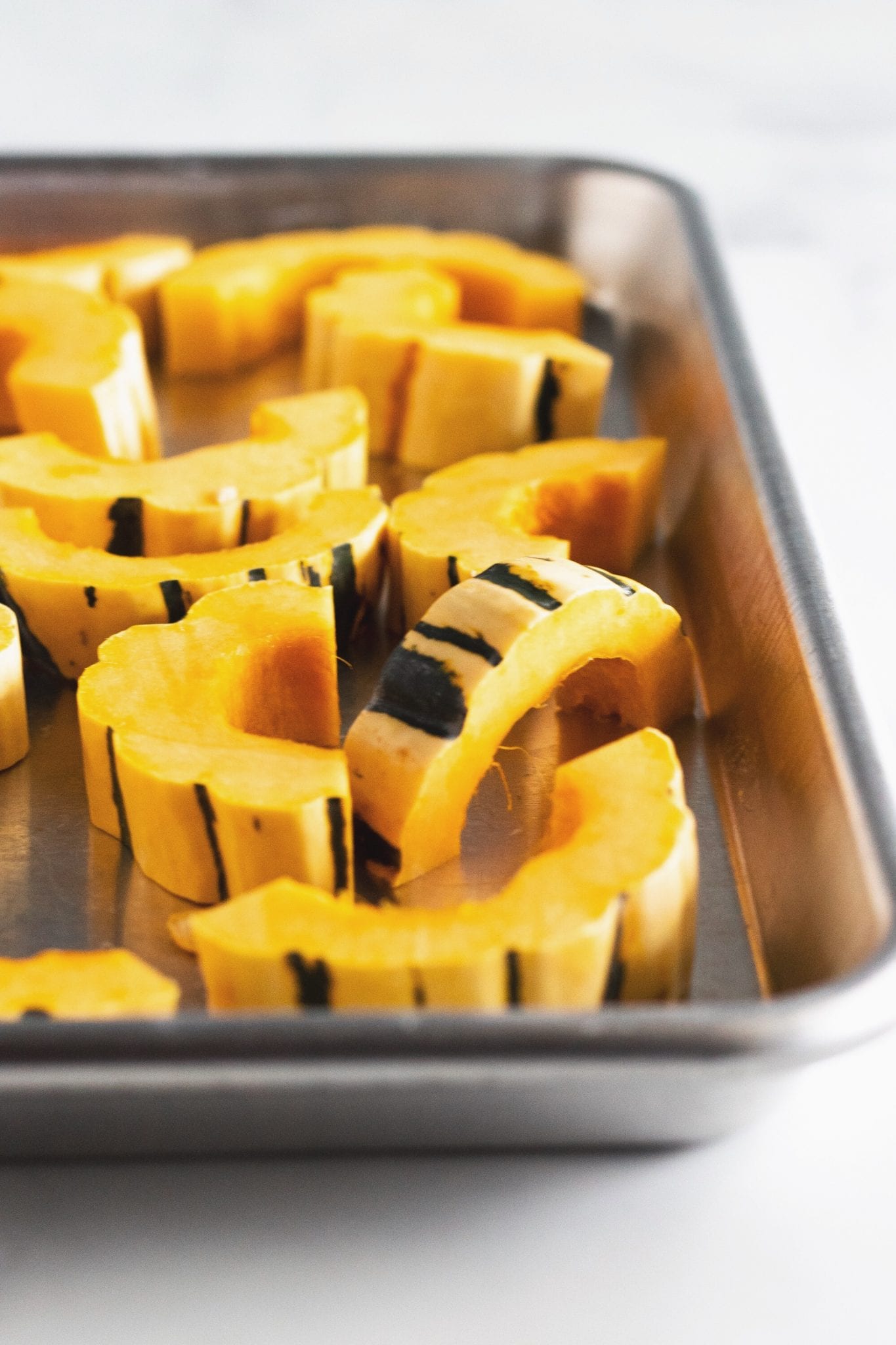 I chose roasted delicata squash for this recipe because it’s pretty, easy to cut, and you don’t have to peel it. It’s also naturally sweet – so duh. You could just roast it up real nice and it would be delightful, but if you invested literally 3 measly minutes more you would know the beauty that is maple miso butter.

Oh friends, maple miso butter (with a hint of lime for good measure) is one of the best things I’ve made all year. It’s great on squash for sure, but it will also be along for the ride on future stir fries, chicken, noodles, fish, and so many other things that can only be made better by its addition. It’s sweet, tangy, a tiny bit spicy, and the miso just rounds everything out in a big, salty hug (which sounds weird, but is something you didn’t know you needed until now).

So holiday feast or Tuesday night, get this in the rotation and make a squash hater into a squash lover – the honest way. 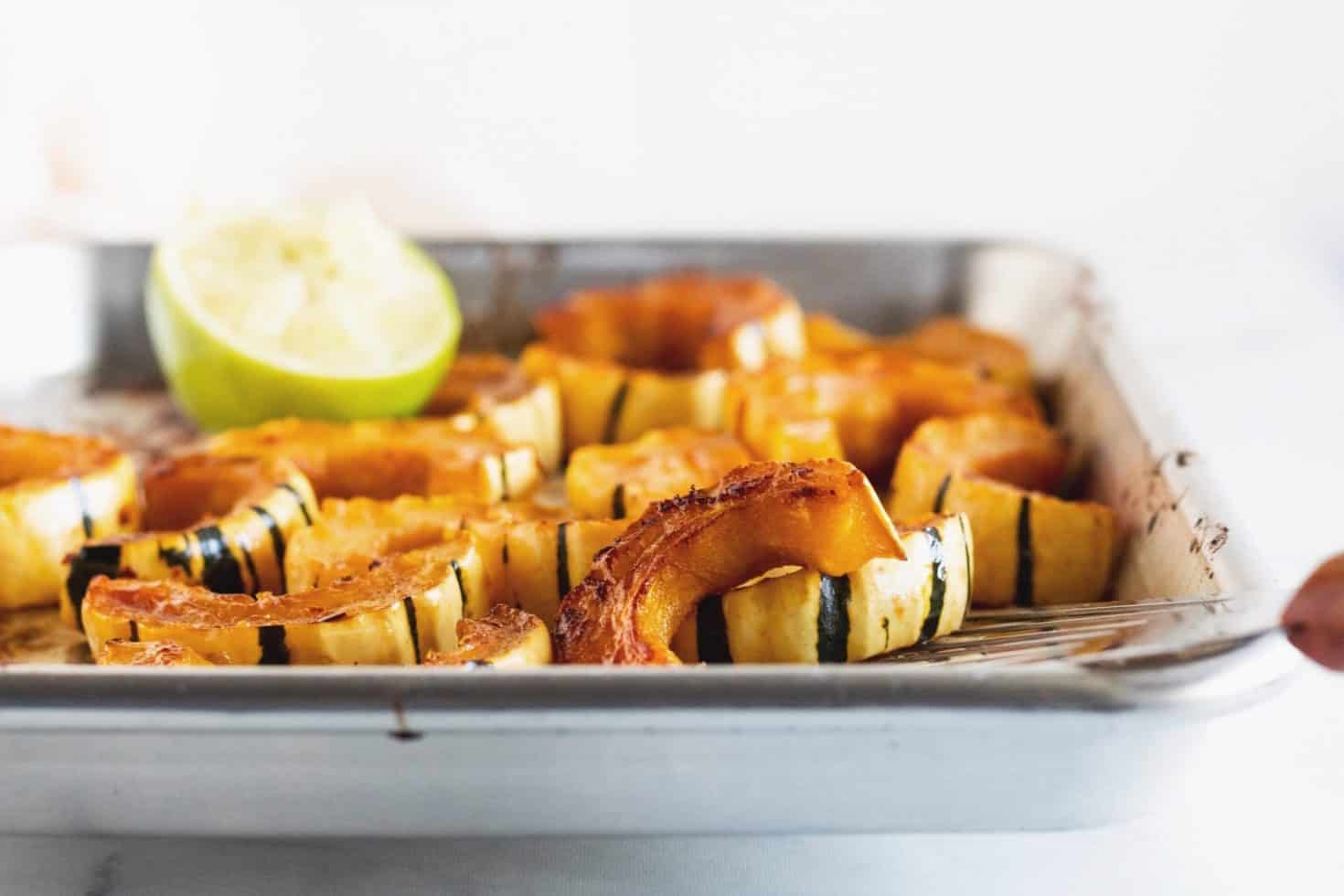 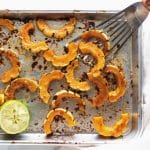 This is an excellent side dish for the holidays, or a great addition to any weeknight, sheet pan supper. Also the maple miso butter is dead simple to whip up and would go so well with a myriad of other veggies, proteins, or even stirred into hot noodles for the fastest dinner ever.

Combine all ingredients except squash in a bowl and whisk until smooth.

Toss squash with three tablespoons of the miso-butter mixture.

Spread squash into one, even layer on a rimmed baking sheet – make sure the sheet it large enough so each slice of squash has some breathing room.

Serve with lime wedges for garnish. 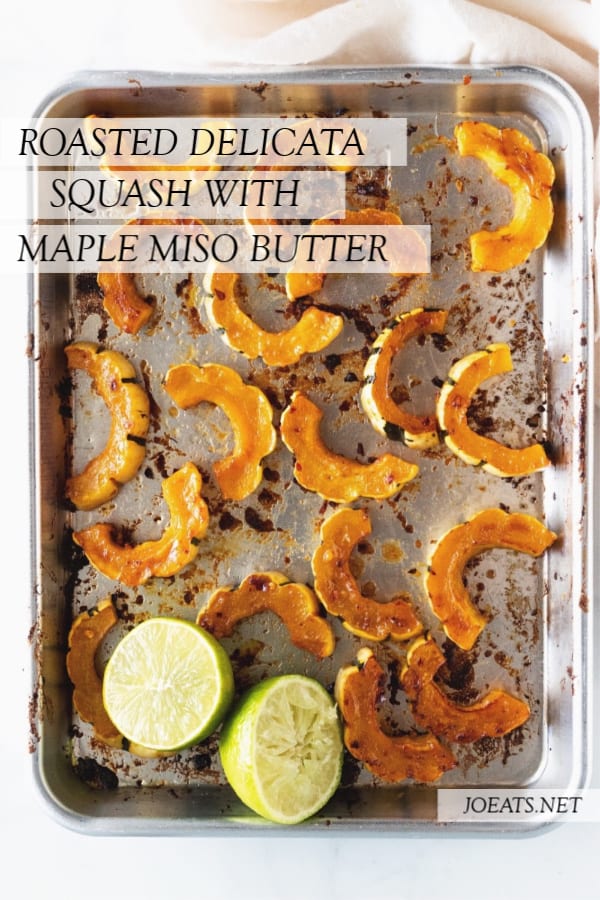 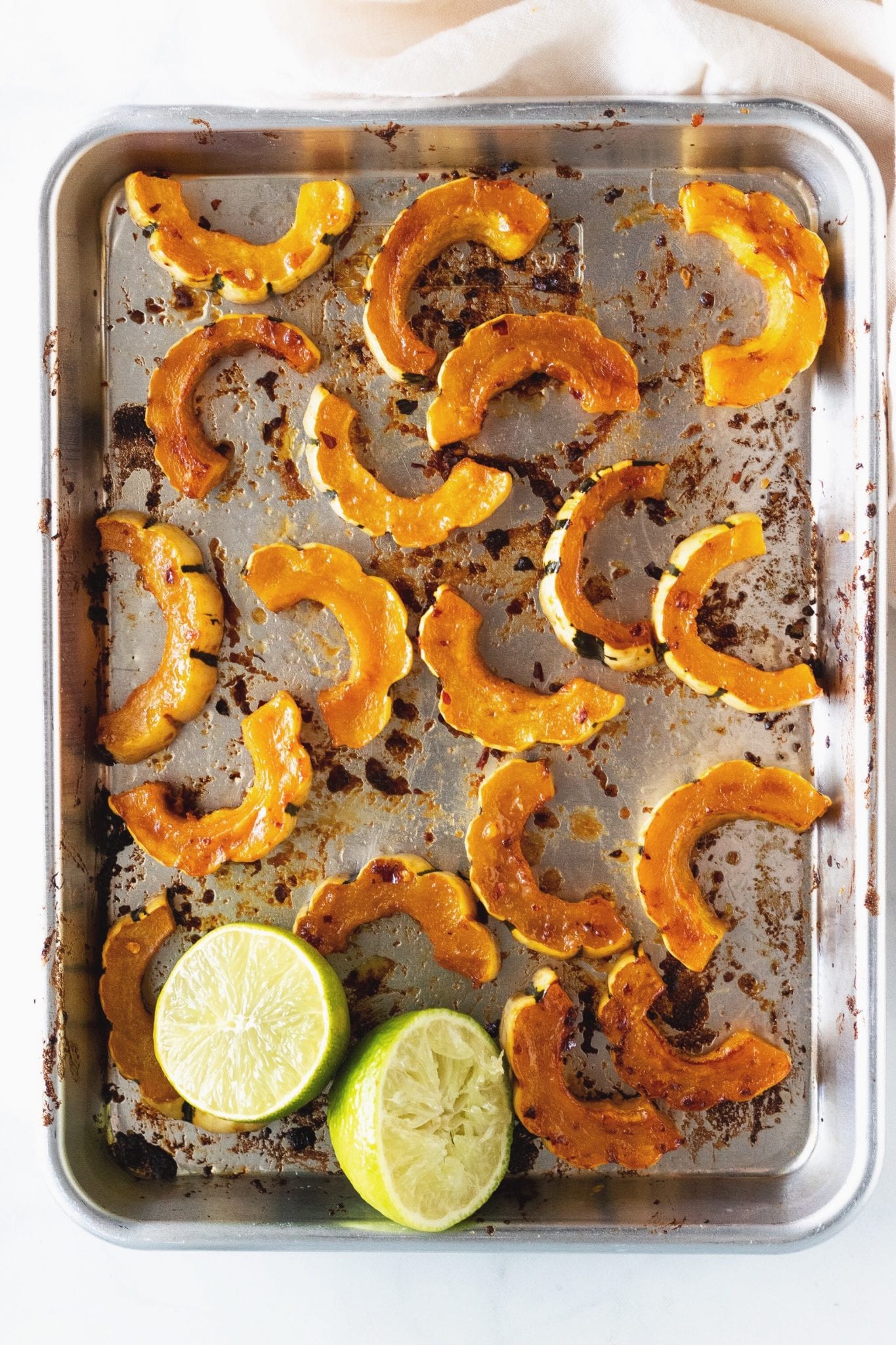