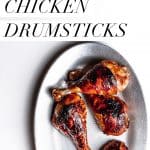 Are you a fan of Bachelor Nation? If you are then I’m curious to hear your thoughts on this season. If you aren’t then maybe you’re silently judging me (and that’s OK – I’m judging me too). But either way, you’d probably have to live way off the grid to be completely in the dark about the international phenomenon that is a cattle call style match making contest to find a life partner over the course of ten weeks involving countless cat fights, helicopter rides, weird AF group dates, and at least one (I mean who are we kidding at least a dozen) references to someone not being there for “the right reasons”. 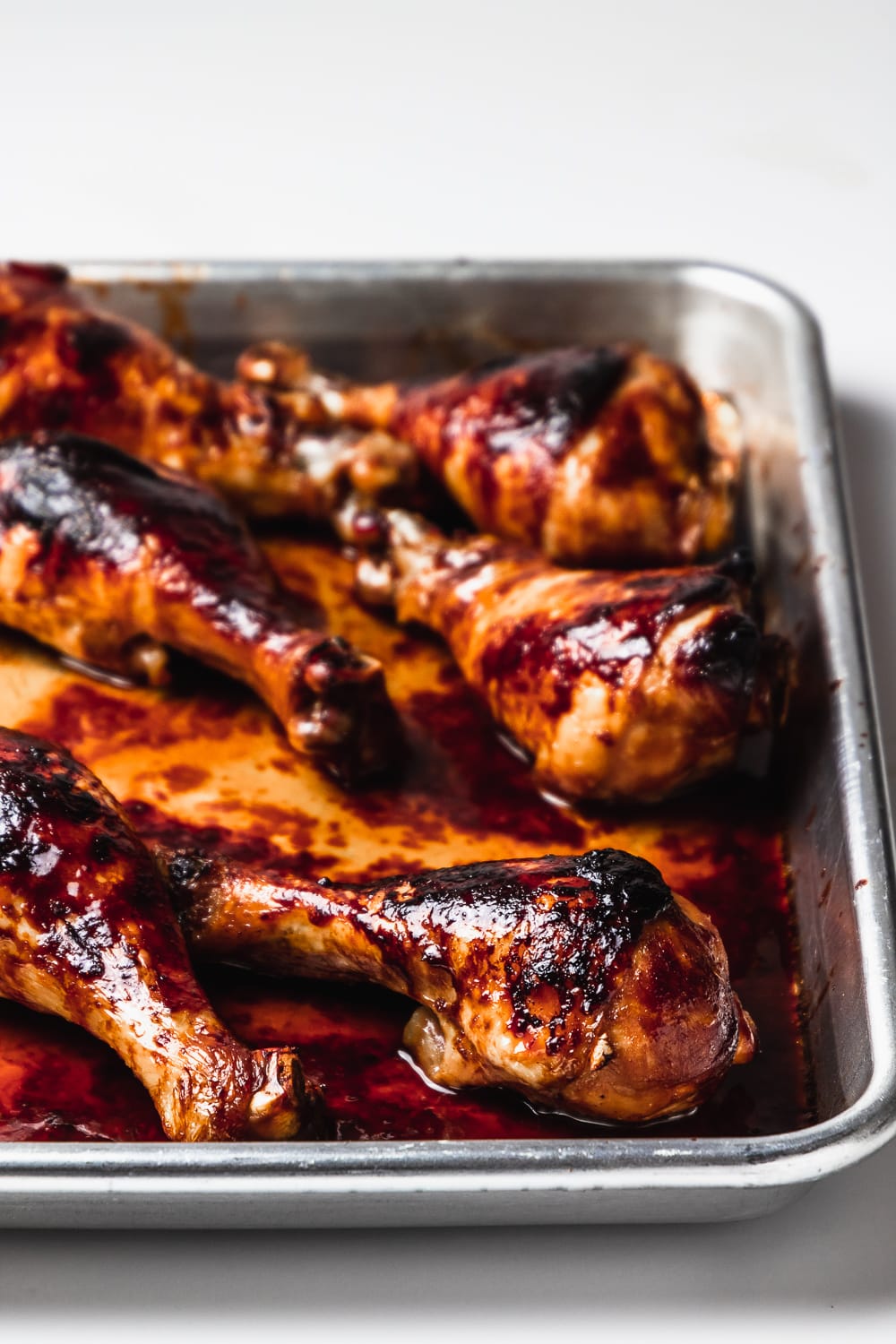 I’ve been a fan for a long time, and with time comes certain realizations. The obvious of course – that it is, at best, a silly but fun waste of a Monday night, and at worst a disturbing commentary on love, relationships, and how we depict women in our “modern” world. But aside from all the societal ramifications and pangs of guilt and shame I feel (and successfully quash) with every viewing, it’s a franchise I’ve stuck with. 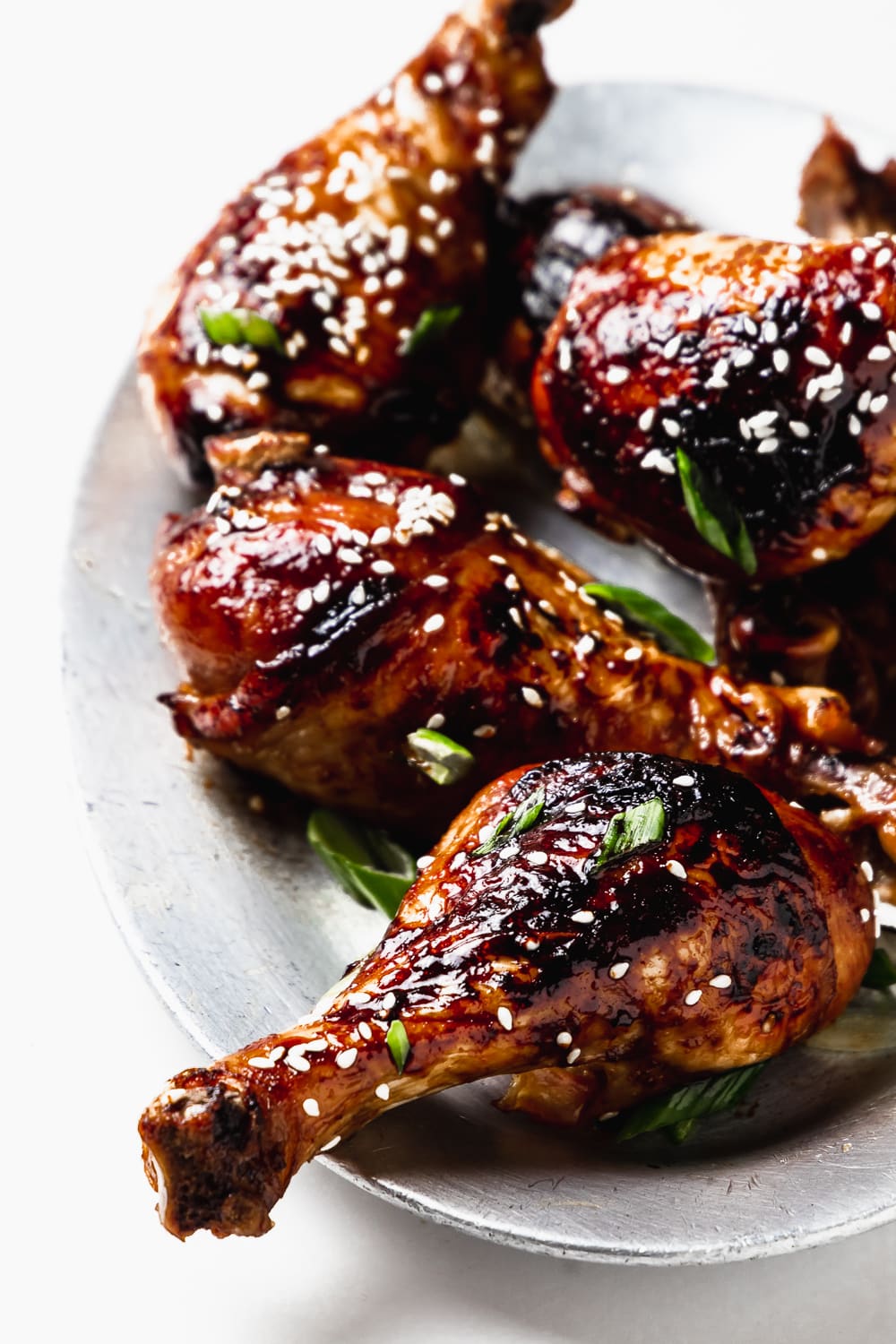 It is well documented that I’ve never been much for football. So I guess the Bachelor/Bachelorette/god awful spin off shows are kind of like my fantasy leagues. And with sports there must be snacks. Wings? Perhaps, but in the vein of being completely obvious (something the Bachelor franchises do very well) let’s change it up a bit and go for legs. One, legs make for a much better pun and two, they’re easier to cook and eat on a weeknight than wings which while delicious are really more appropriate for a Saturday crowd. 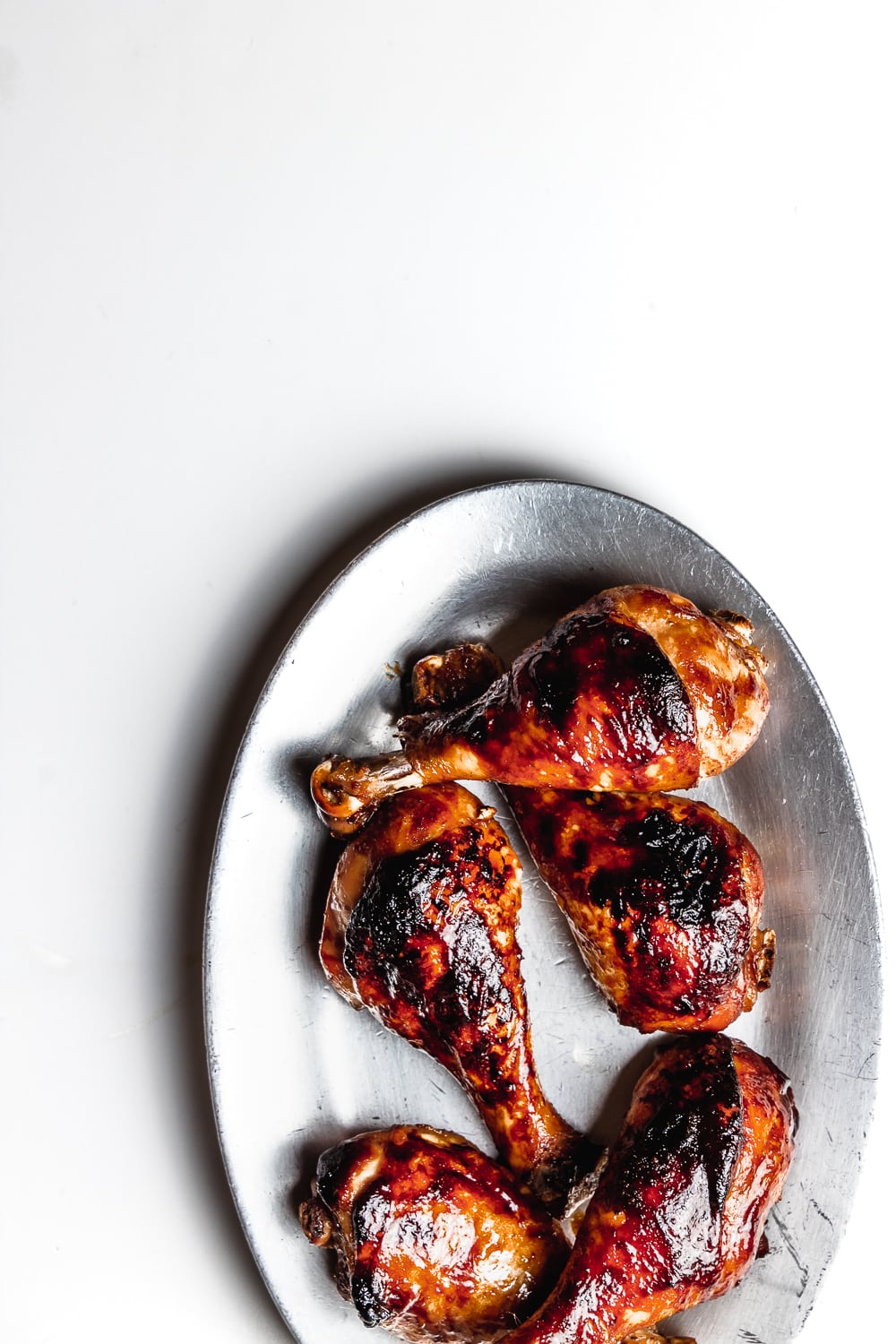 These are sticky, savory, a little bit sweet, and unlike the Bachelor – totally kid friendly, which makes them great if your weeknight meals say, don’t involve trashy reality TV. But the best part about these beautiful gams is that they’re totally easy and incredibly forgiving. If I were a contestant on the show this is about the time when they’d cut to a talking head of me saying how this chicken has “all the qualities I’ve been looking for”. And I wouldn’t be wrong.

Not too many – and totally variable by the way. You just need to make sure you have something salty, something sweet, a little acid, and some extra hits of flavor. If you don’t like spicy – leave out the sriracha (but to be fair, these aren’t really spicy). If ginger isn’t your thing, try some crushed garlic cloves instead. The marinade is really all about getting your favorite flavors into the chicken, so don’t stress too much. 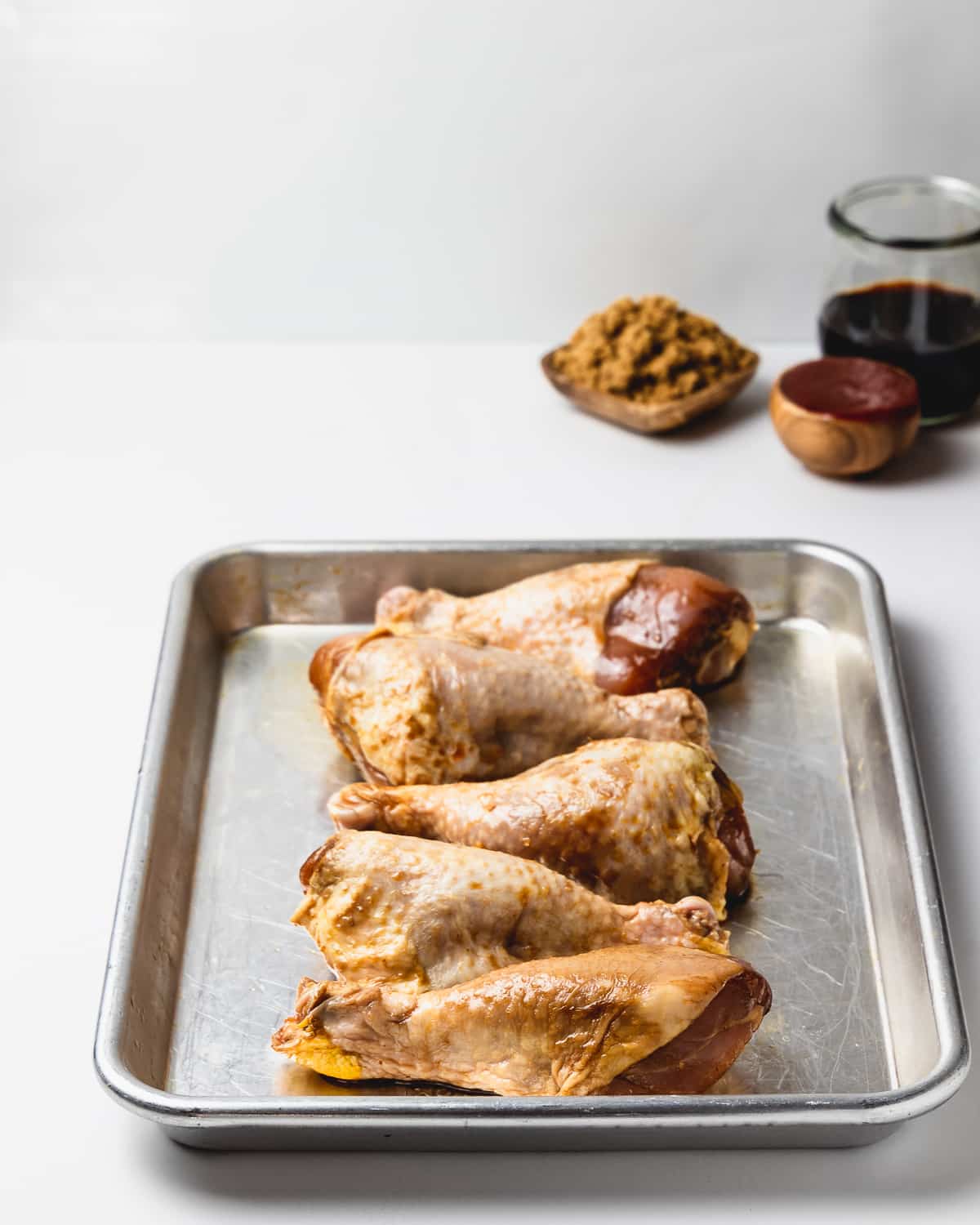 One tip though? Whatever you use in your marinade, make sure it’s strongly flavored before the chicken goes in. When you taste it (and you should taste it) you want it to be a little too salty, a little too sweet, and a little too everything else. The chicken will mute out a lot of those flavors, so don’t worry about it being overwhelming – it won’t be.

So this recipe requires very little in the fancy culinary skills department, but it does involve a little patience. I promise it’ll be worth it. Combine marinade ingredients, dump in chicken, let chicken sit overnight (or do this in the morning and cook the chicken when you get home from work). Then bake the chicken, boil the marinade (which then becomes the ooey, gooey, shiny glaze) and paint that chicken with said glaze. The more times you glaze it the shinier and more beautiful it will become. And don’t worry too much about overcooking it  – dark meat chicken is incredibly forgiving, and the marinade essentially brined it overnight so it’s going to remain flavorful and juicy despite a longer stay in the oven. 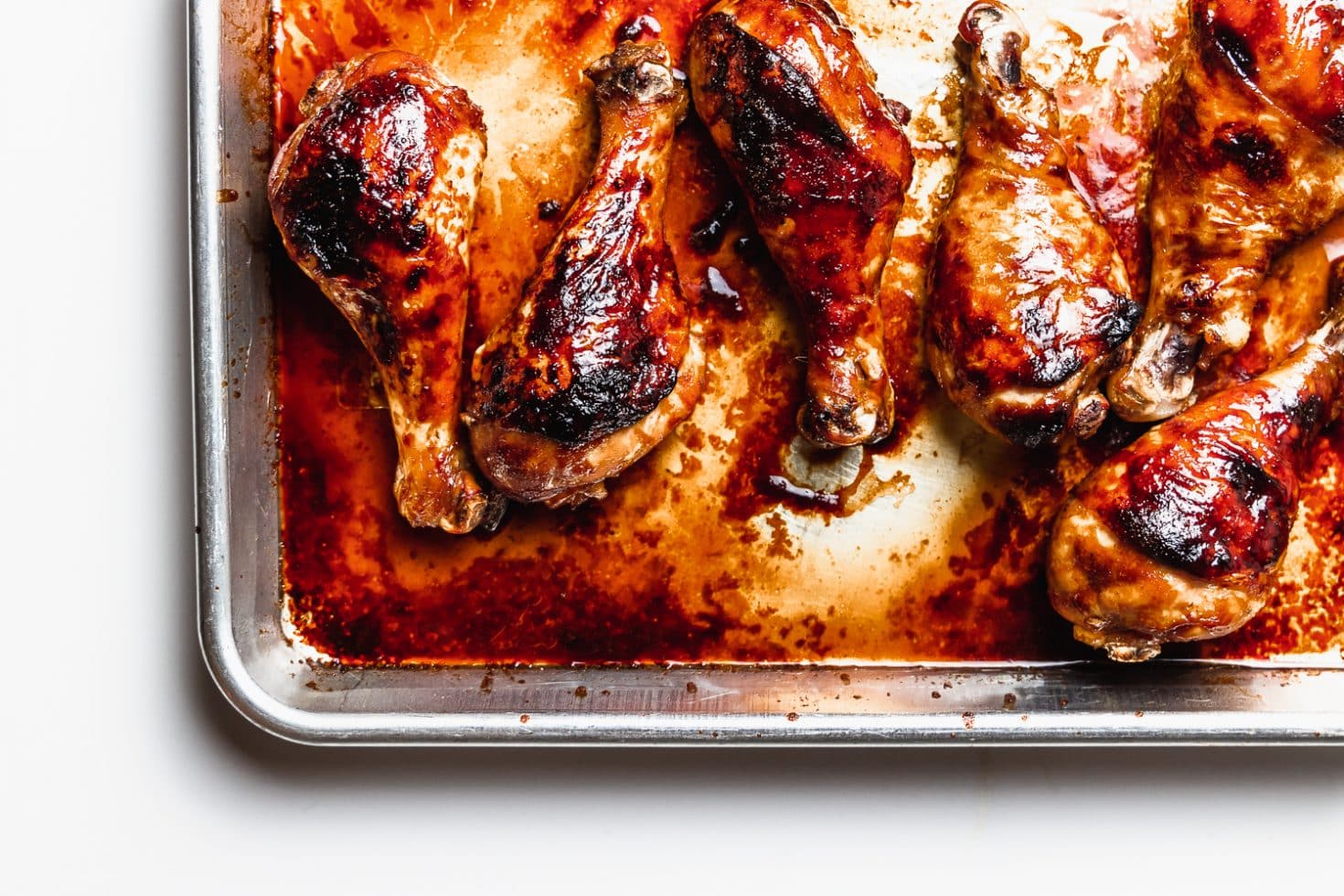 All that’s left is to garnish it with something green, serve it up, and keep your eyes glued to the MOST DRAMATIC SEASON IN BACHELOR HISTORY!*

Do you watch? Are you judging? Do you not care at all but love sticky soy sesame chicken? Tell me all about it in the comments, folks. And if you’re looking for more weeknight meal inspo check these out:

*if you don’t watch the show – this is every season 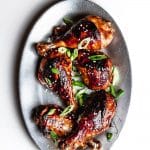 Sticky sesame soy glaze with hints of ginger and five spice lacquered onto juicy chicken drumsticks is my idea of weeknight comfort food. Not feeling drumsticks? Chicken thighs would also be perfect here!

The night before you plan to cook, combine all ingredients except chicken, sesame seeds, and scallions in  two zip-top bags (or one large baking dish). Close the bags and shake all ingredients until the sugar and salt are both fully dissolved. Divide the chicken between the two bags and seal, trying to push out as much air as possible. Refrigerate for at least 8 hours or up to 24, turning the bags once or twice to make sure the marinade comes into contact with all the meat.

Remove chicken from the marinade, letting any excess drip back into the bag. Divide the chicken between the two baking sheets and transfer to the oven. Roast for 35 minutes.

Transfer the marinade to a small pot and bring to a boil over medium heat. Let the marinade boil for at least 3 minutes to kill of any harmful bacteria and continue to cook until it has reduced by a third (it should be a little thicker than heavy cream at this point). Remove from heat.

When the chicken is halfway done, begin basting each drumstick with the thickened marinade repeating every five minutes, until the meat registers 170°F in the thickest part, and the chicken has taken on a dark, lacquered glaze.

Remove from oven, garnish with sesame seeds and scallions, and serve.

*If you marinate these in a baking dish, make sure to turn them occasionally so the marinade makes contact with all the meat.

*Chicken legs are VERY forgiving, so if you feel like you want to glaze them one more time but you’ve passed the 35 minute mark, that’s ok. Just don’t go too far beyond 40. 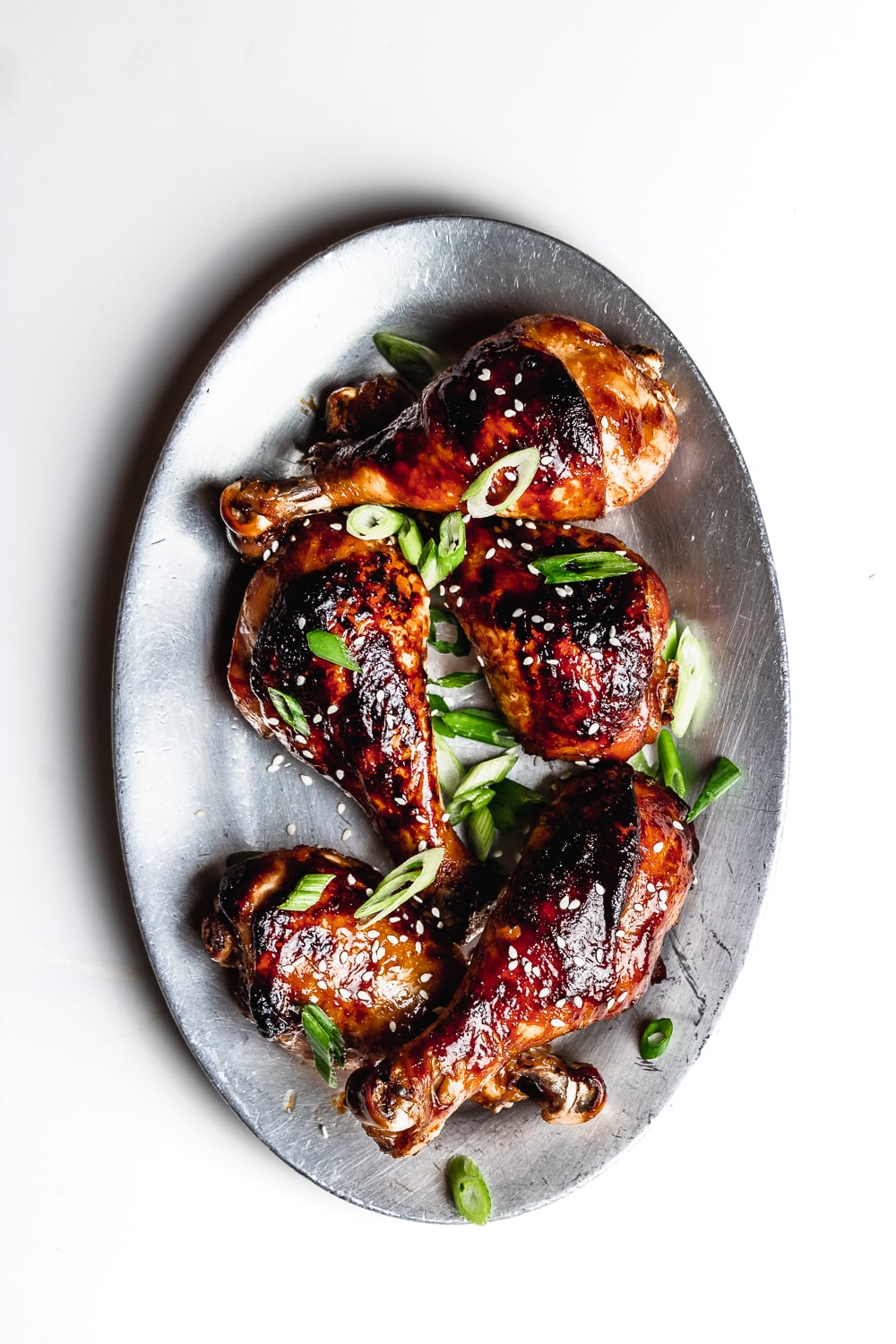