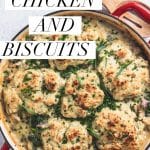 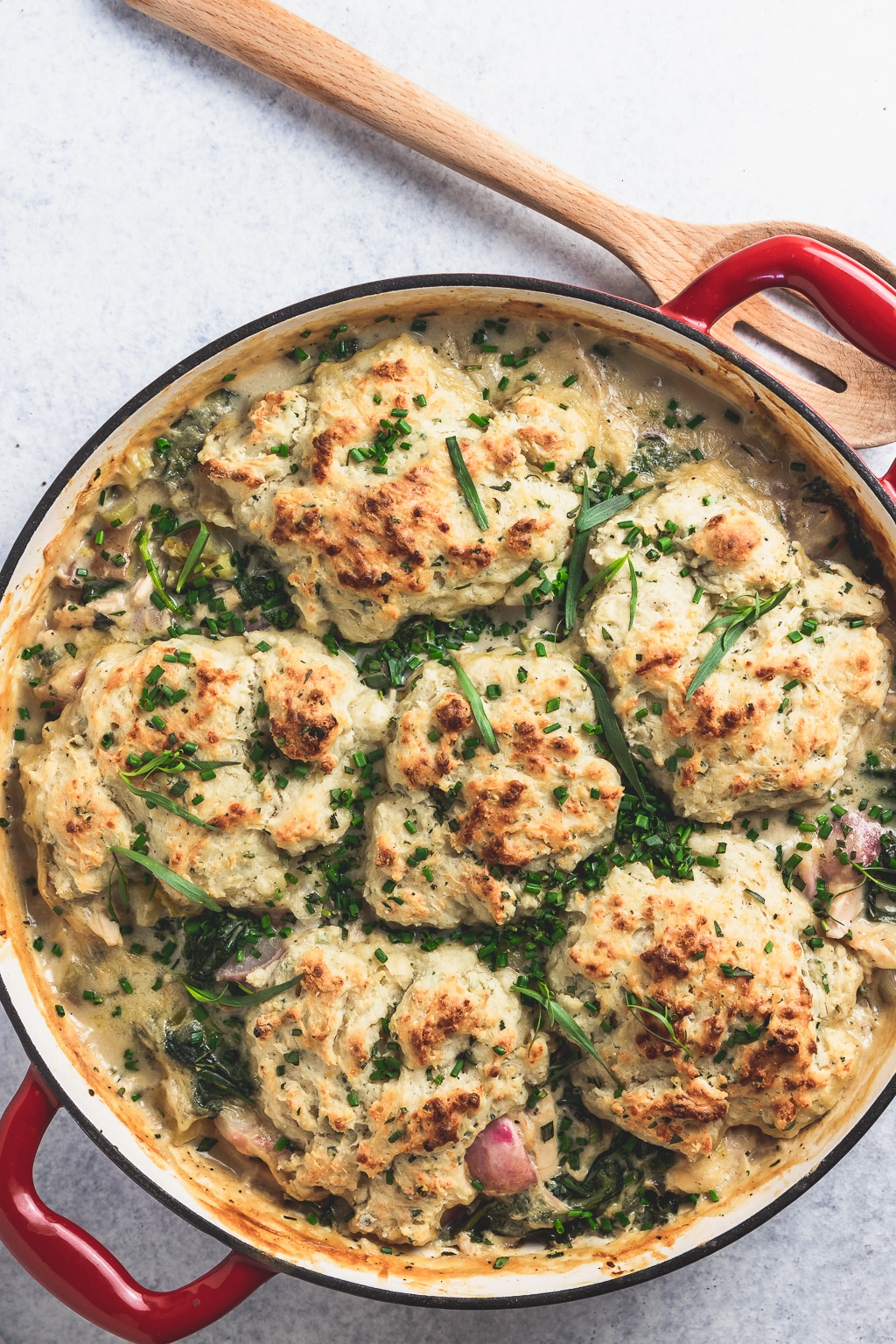 Um so let’s talk about how it’s currently snowing in the mid-west. Luckily I am over here in the land of middling 60’s. But I truly feel for all of my friends in Wisconsin, Minnesota, and other states that were so looking forward to warmer days but instead got dumped on by late winter madness. Let me know where to send the brownies, friends. I got you.

But if there is a silver lining to all of this, I think I may have found it – ALWAYS BE PREPARED! I don’t mean in the zombie apocalypse sense (although that’s not a BAD idea per se), but more in the state of mind department. Life throws us constant curve balls. Sometimes they’re in the form of freakish weather patterns, other times it’s when you find out that the cat has been slowly burrowing his way into the underside of your relatively new couch, and has fashioned a full on living space inside it. True story. 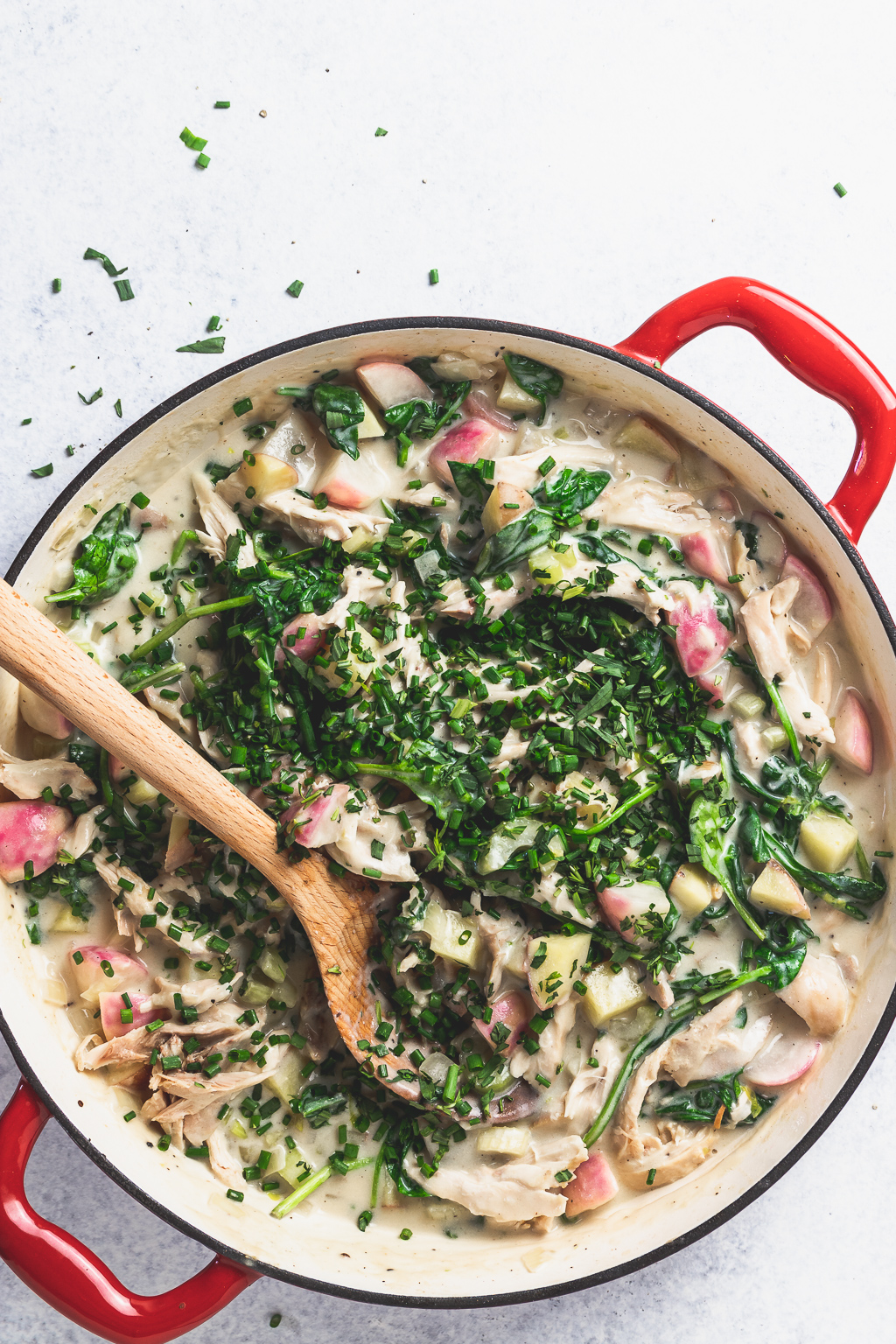 So for those of you who thought spring was upon you, only to have that dream ripped away as the sky opened up and dropped its payload, or for me who just needs to wallow in the knowledge that I will never have nice things as long as I have beloved pets, this one’s for us. It’s totally comfort food, but with a springy twist. Oh and biscuits, because duh.

Think of this warm, comforting dish of chicken and biscuits like spring’s answer to chicken pot pie – only easier. Why easier, you say? Well first of all, as much as I love a good chicken pot pie, I can’t with the making pastry, rolling it out, cleaning up the inevitably enormous mess I make, and then doing the whole transfer, trim, crimp BS. I wanted you to be able to pull this recipe together on a weeknight if you were so inclined. So the pastry got nixed in favor of a super easy drop biscuit, everything gets cooked right in one pan, AND we’re short-cutting even further by using rotisserie chicken. 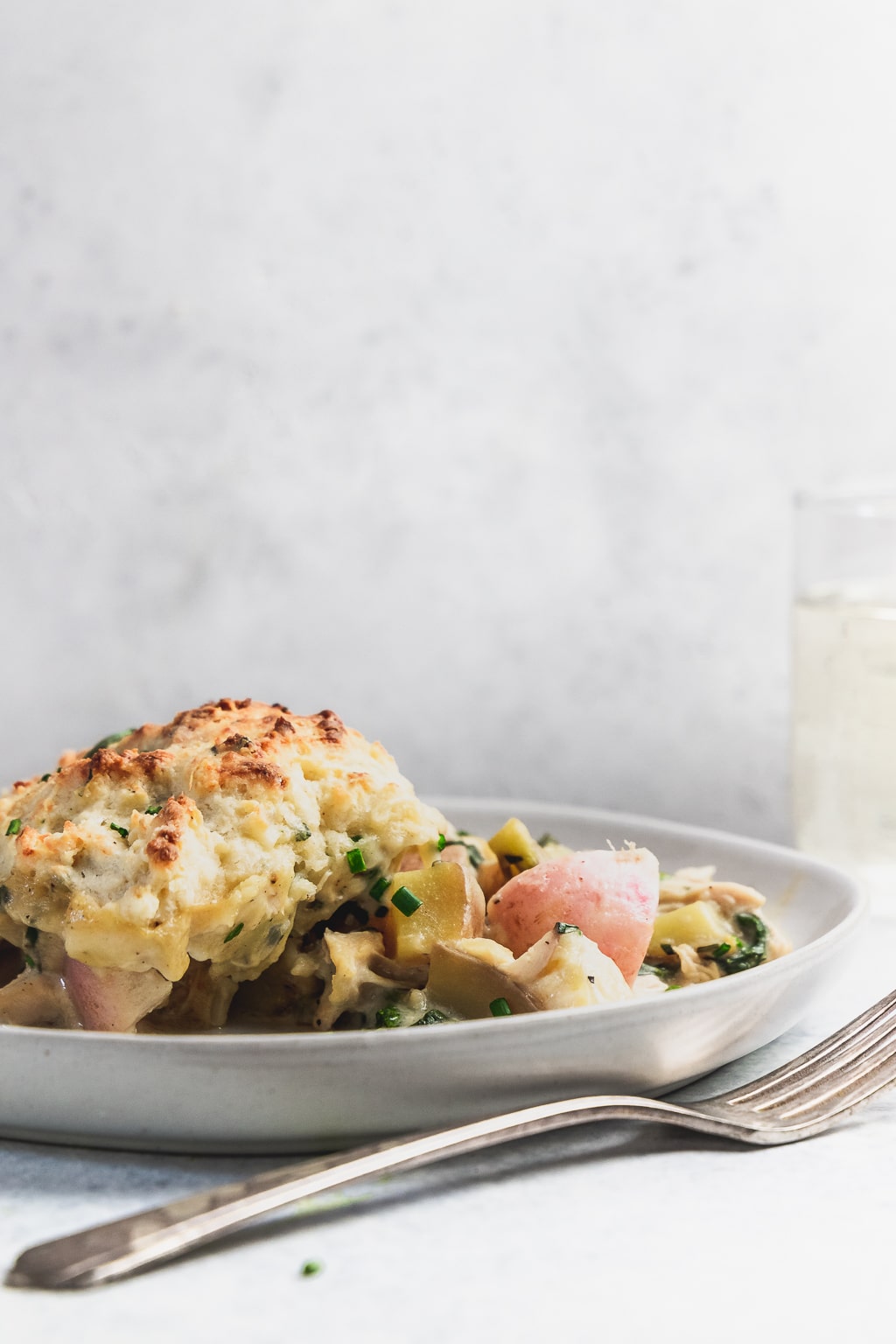 Let’s talk about rotisserie chicken for a hot second

I have a love/hate relationship with rotisserie chickens. Things to love – they’re easy, fast, and make that one corner of the grocery store smell like literal heaven. Things to hate – they’re dry, often flavorless, and my cat won’t leave me alone when I bring one home from the grocery store. So why in the heck fire are we using one here? It’s all about the method.

I would probably not recommend that you go buy a rotisserie chicken and just bring it home to eat, straight up. I’m not saying there aren’t good options out there, but I believe they are the exceptions, not the rule. However, when it comes to recipes using shredded chicken I change my tune a bit. The change of heart comes from the fact that shredded chicken is normally dressed in some manner, and the act of tossing it in a flavorful sauce usually solves both the issues of dryness and lack of flavor. In this case we’re folding it into a creamy, herby, buttery number along with a whole mess of spring vegetables to boot! 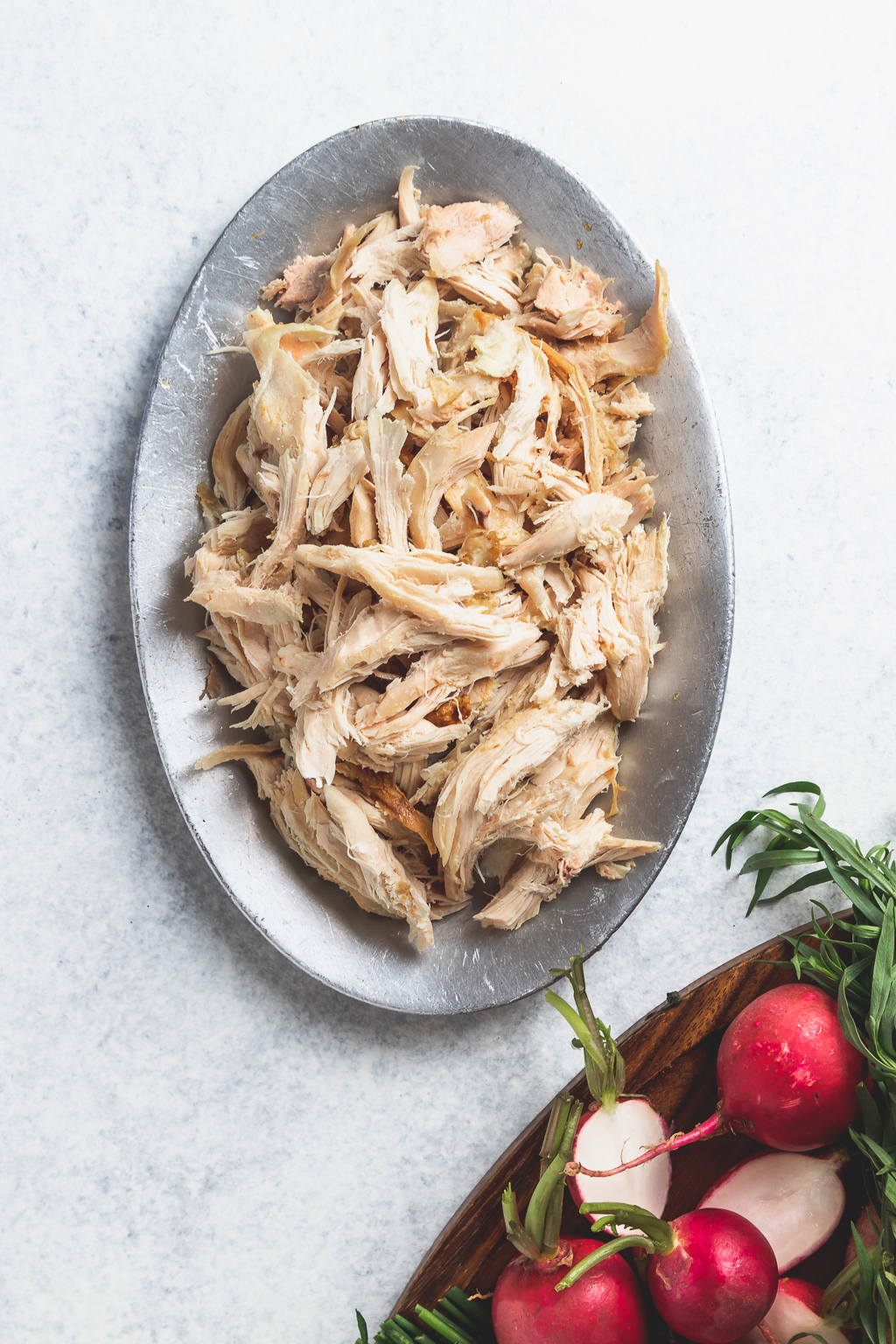 Well of COURSE asparagus, which you can find recipes for right here. But I wanted to focus on some of spring’s less talked about options, because well, they’re good. Did you know that spinach is a spring vegetable? I think we forget because we just pick it up year round, but technically this is its season and I’m so into it. Also potatoes – come springtime you can get your hands on those thin skinned, tender AF, little guys that I just love in this recipe. And radishes! I feel like no one actually cooks with them and it’s a damn shame because they’ve got great texture, a subtle peppery flavor, and that color is just ON POINT. There is also celery, which is not technically a spring vegetable, but you can’t have any dish even remotely resembling a chicken pot pie (with biscuits or pastry) that doesn’t have that distinct hint of celery – IMO. 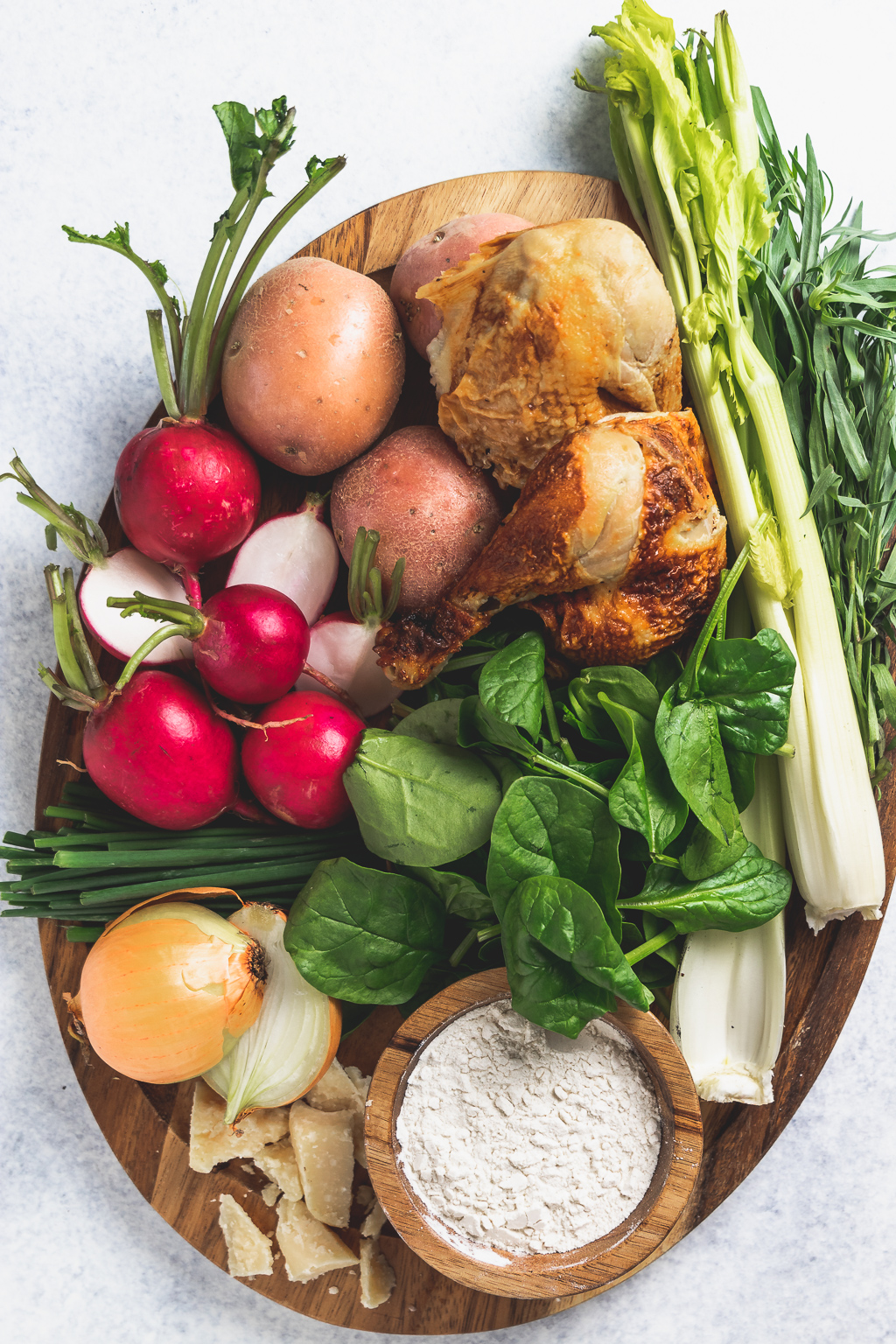 So how to do you make spring chicken with easy drop biscuits?

Short answer – read the recipe, acquire ingredients, set aside about an hour, and get ready for springtime comfort food nirvana. The longer, more helpful answer is that this recipe really centers around two main techniques – creating a roux and making drop biscuits. The rest is gravy – chicken and biscuits, gravy. HA.

What is a roux?

A roux is a mixture of fat (in this case butter) cooked with starch (for us it’s flour) that’s used to thicken a liquid (we’re using chicken stock and milk) in order to make a sauce. If you’ve ever made sausage gravy, baked mac and cheese, or pot pie before, chances are you’ve made a roux. There are a few different types of roux, which are all appropriate for different dishes, but today we’re just dealing with your standard, blonde roux, which is happily the easiest one to make. 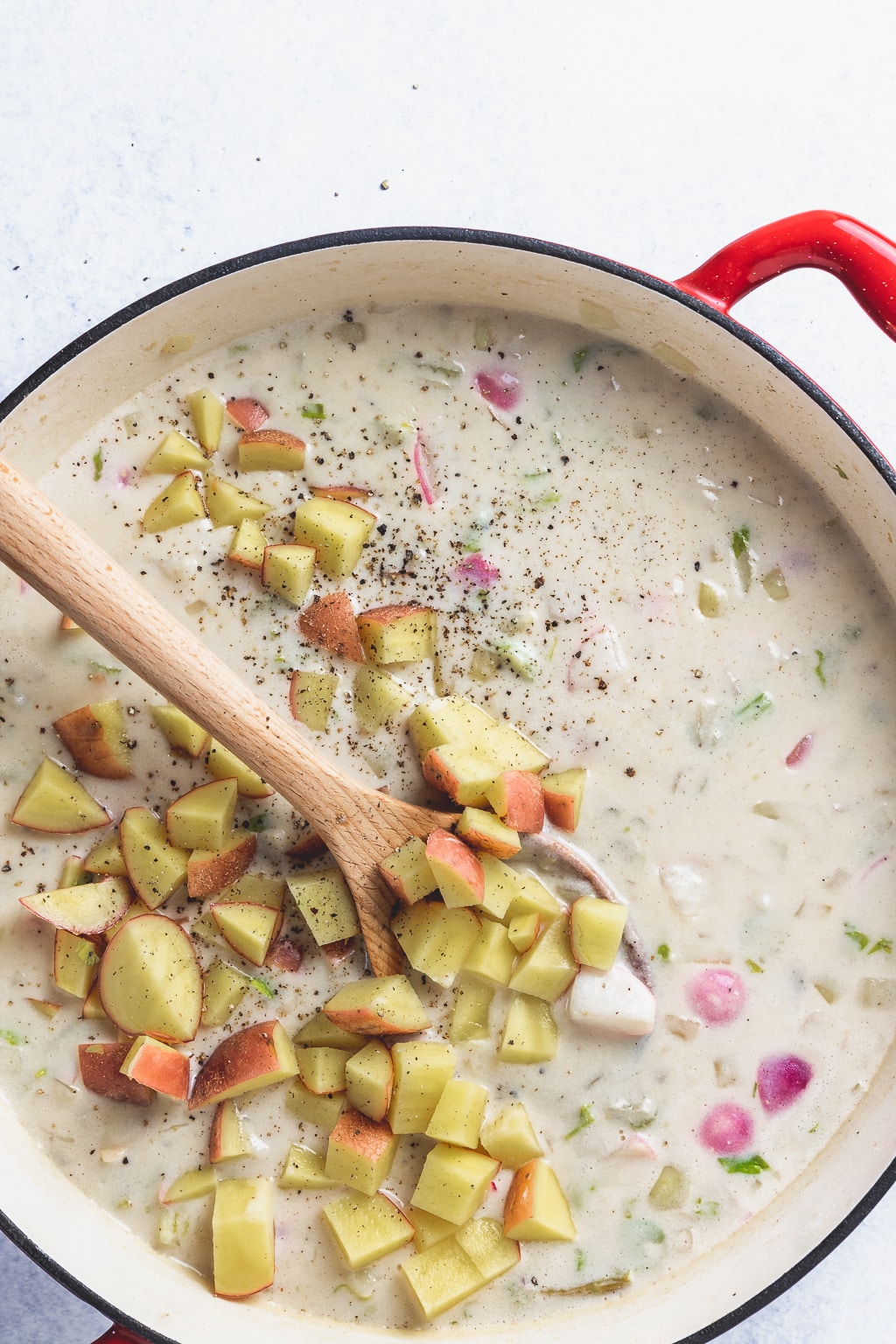 The basic formula for a roux is one part fat to one part starch. You cook that together for a few minutes and then whisk in the liquid. The exact amount of liquid is a little more…fluid (I know, hilarious). But you’ll want to start with at least 10 parts of it to every one part starch. This recipe has quite a bit more liquid than that though, because I’m looking for a slightly thinner sauce. But you get the idea, right?

How to fix lumpy gravy

Lumpy gravy is really not fun. The best way to avoid it that I’ve found is to introduce your liquid slowly, especially at first. Once the first third has been incorporated you should have a thick, but smooth paste. From there you can add the rest of the liquid more quickly, but always with a whisk – never a spoon.

If you mess it up though, and you notice some lumps you can either whisk like mad to break them down (which usually works just fine), or if it’s an unmitigated, lumpy disaster, you can throw the whole thing into a blender which will smooth it right out. 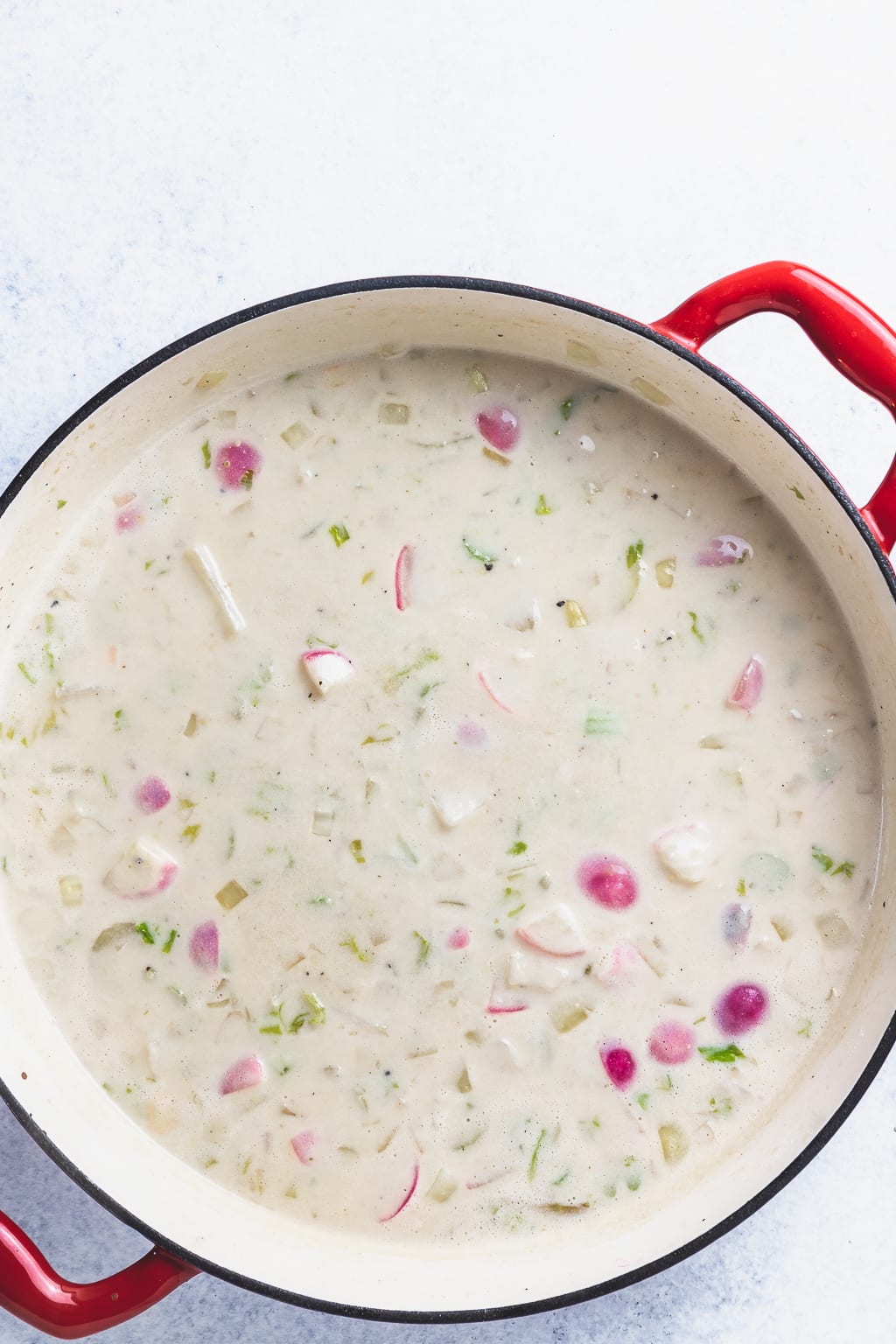 What is a drop biscuit?

These biscuits are not the kind that you roll out, cut, and bake into tall, flaky-layered beauties. Those are great, but are much more work than I’m looking for on a week night. Instead, these biscuits are thrown together in about two minutes and then as the name would imply, are dropped in mounds onto a sheet pan (or in our case directly onto the chicken mixture) and baked. They won’t have layers so much, but they will be buttery, fluffy, and beautifully tender. 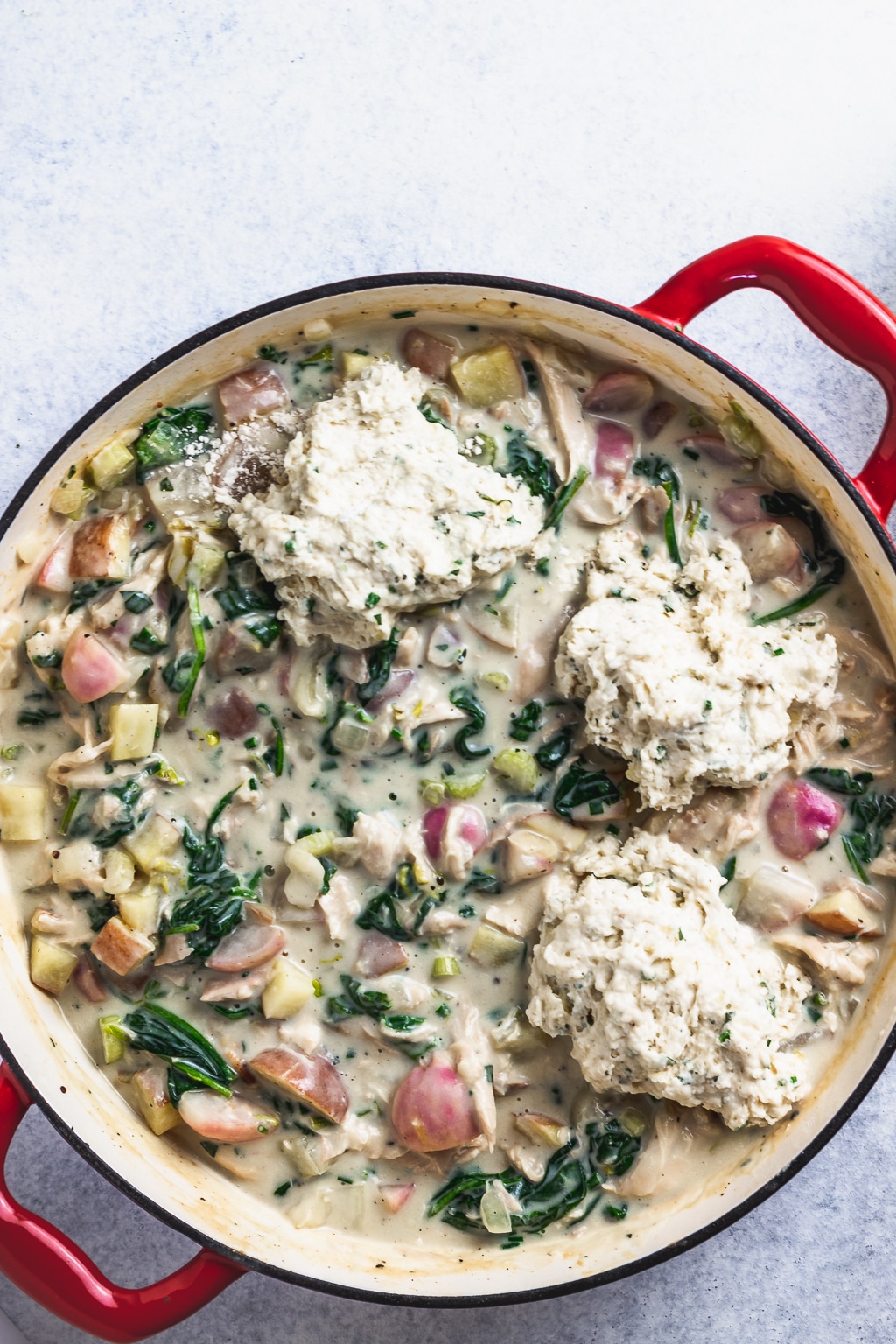 Once you have the roux and biscuits covered the rest is mainly shredding chicken, chopping vegetables, and waiting by the oven for the biscuits to brown on top and the sauce to bubble up around the edges. 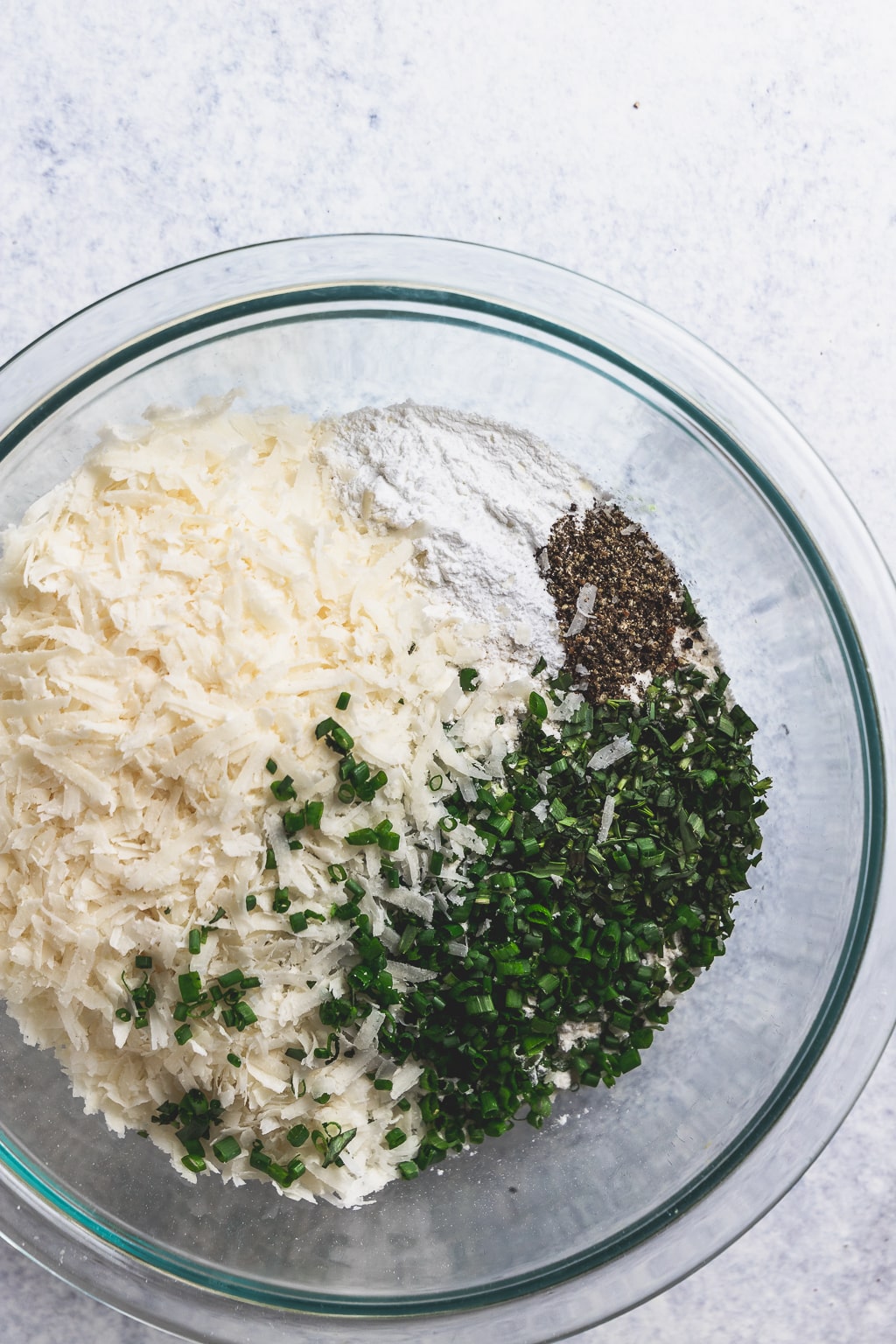 Can I make substitutions?

Heck yes! As long as the proportions for the roux and biscuits stay about the same the rest is up to you. A couple things to keep in mind for swaps though: 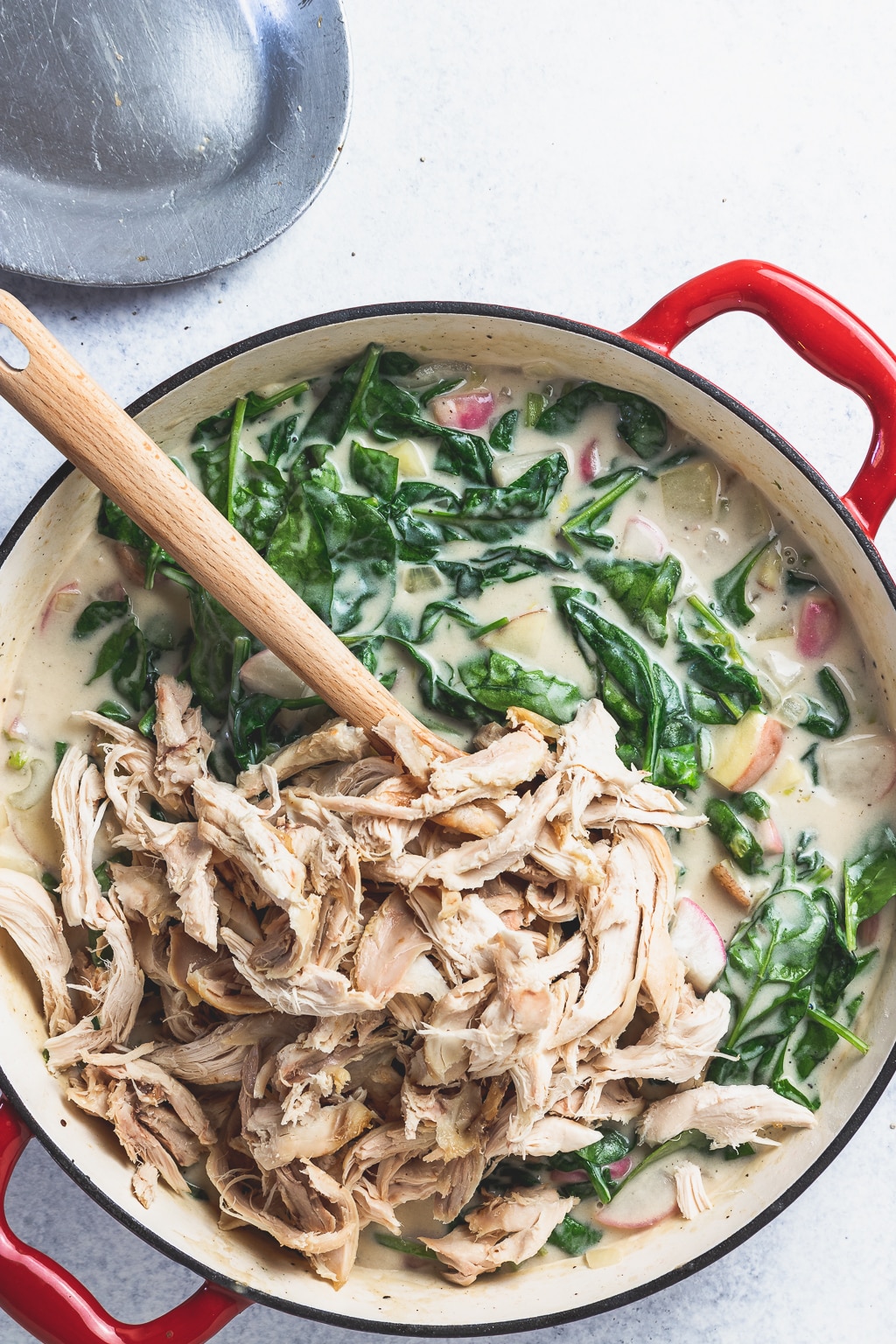 So whatever your current weather situation is, I hope you remember to always have something like this in your back pocket to soothe the soul AND make the best of the season. 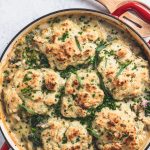 This is spring’s answer to pot pie, but way easier, because no rolling out pie dough and we’re taking a shortcut with rotisserie chicken!

Melt butter in the large ovenproof skillet over medium low heat. Add the onions, radishes, and celery. Season with salt and pepper and cook just until the veggies begin to soften – about five minutes.

Sprinkle in the flour, and stir frequently, cooking the flour and veggies for two to three minutes. Slowly add in the chicken stock, whisking constantly, until you have a smooth paste. Then whisk in the milk and mustard.

Bring to a simmer and season to taste. Add the potatoes and simmer for ten minutes. Fold in the spinach, shredded chicken, tarragon, and chives and cook just until the spinach has wilted down, about five minutes.

In a large bowl whisk together the flour, baking powder, grated cheese, chopped herbs, salt, and pepper. Pour melted butter into cold milk and stir with a fork. It will clump up, which is good. Add the milk/butter mixture to the flour. Mix everything together just until no dry flour remains.

Dollop mounds of the biscuit dough on to the chicken mixture, spacing it out more or less evenly. It’s OK if you don’t cover the entire surface area of the chicken and veggies – the biscuits will expand as they bake. Transfer to your preheated oven and bake for 20 minutes, or until the biscuits are golden brown on top and the potatoes are tender.

Of course if you have homemade chicken stock feel free to use it, but there isn’t much here, so it’s fine to use the boxed stuff, or the concentrated base (which is what I prefer).

Not feeling tarragon and chives? That’s cool, just pick whatever tender herbs speak to you. I’d avoid anything too strong like rosemary or cilantro though. Also I hate cilantro so I’m a little biased.

If you grate your own cheese on the fine holes of a box grater or with a microplane it will be lighter and fluffier, so a cup won’t actually be all that much cheese. But if you are using pre-grated cheese chances are a cup will seem like a lot, so feel free to use half.

This biscuit dough is very forgiving, and will be quite wet. The only thing to remember is not to overmix it. Once you don’t see any dry flour in the bottom of the bowl you are done – stop mixing!

Keywords: spring chicken and biscuits, what to do with rotisserie chicken, spring comfort food, chicken pot pie with biscuits 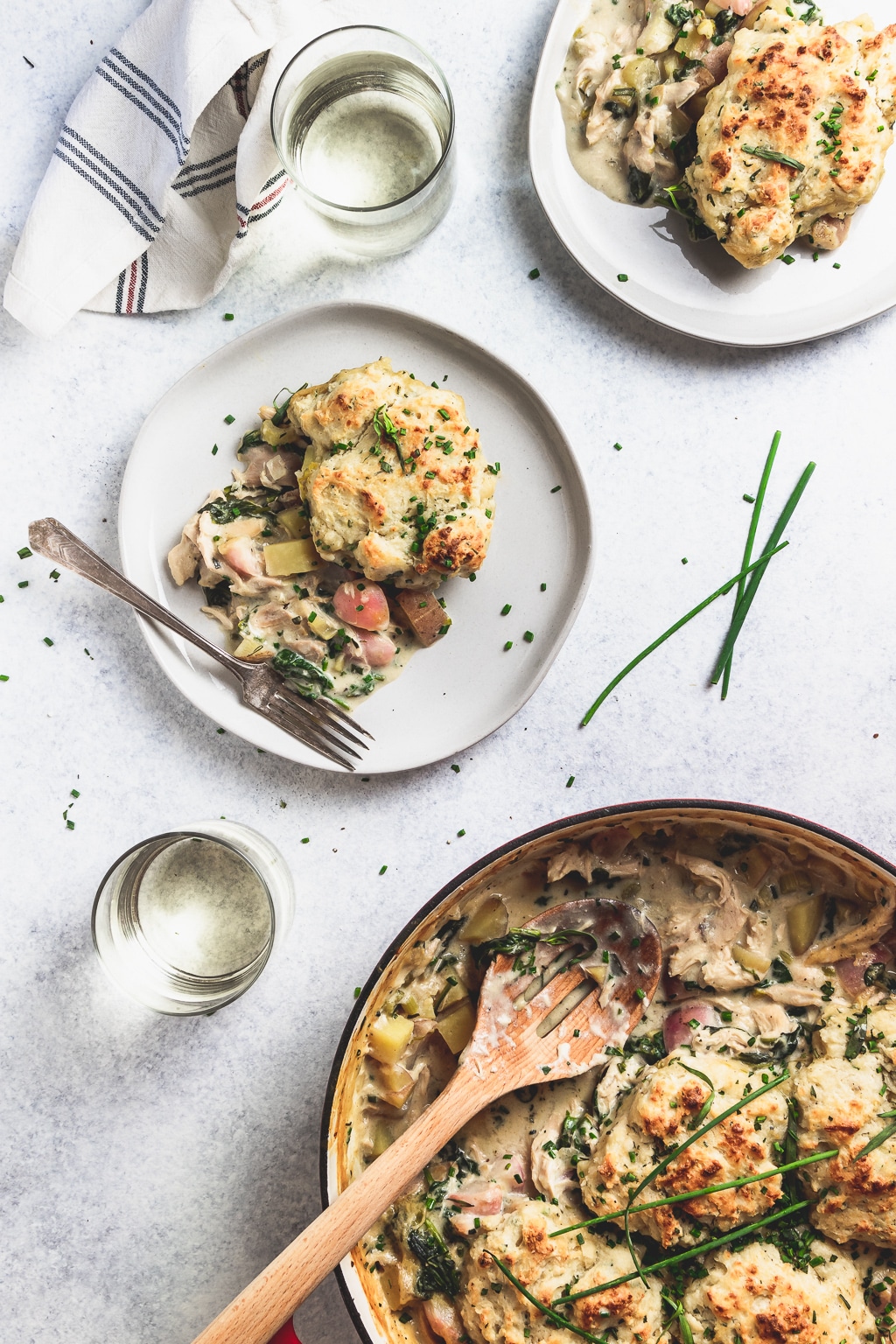